"Am I a Bad Parent?" How to Let Go of this Parenting Guilt 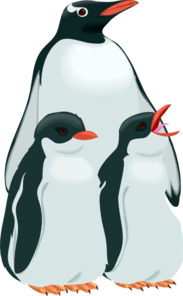 Many of us “parents” feel that we might be responsible for the bad behaviour of our kids,“the out of control situation” and feel guilty. It’s the worst feeling in the world.” Hold on, here’s the truth, you’re not supposed to know everything about being a parent—it’s a skill you have to learn, just like anything else. While there’s no one “right way” to parent, there are more effective ways to handle your child’s behaviour.

While coaching, having worked with some of the toughest, out of control adolescents imaginable, I really understand where people are coming from when they feel like a “bad parent”. The first step here is to understand that these feelings don't help anyone; they wont help you or your child. So lets get over that first. The question is not who’s fault it is, the question is, what can you do differently to to help you child change his behaviour.So give yourself a break from blame and guilt, and focus instead on what you can do to change the situation.

Old Habits Die Hard, When You Catch Yourself Taking on The Blame:
What should you do when you’re able to actually catch yourself in the moment feeling guilty or taking on blame for your child?
First of all, congratulate yourself for the awareness, for being aware of what’s happening. The first real step toward change on your part is that awareness of what you’re doing. Any time you can catch yourself and count to five, you’re probably going to do something different than your first impulse. If you can, take a moment and write down the facts. Ask yourself the following questions:
1 What’s the situation? What actually happened?
2 What’s my first inclination based on those findings?
3 What could I do to be more effective?
Repeatedly  trying this out would give you a clarity of what are the situations and what are your reactions to it and once the realisation sets in change will follow.

“I feel so alone.” Is that the feeling you get often?
Often parents of defiant or acting-out kids become withdrawn and get this feeling of being alone. While staying away might protect parents and families from further outside shame and blame, but it does nothing to improve the internal feelings the parents have about their own blame and their own failure.

In other words, this isolation really magnifies their feelings of failure. Instead reach out, as it helps to reduce the blame and failure that you might feel. One gets a better perspective and the realisation that you are not the only one, there are others out there who have a similar problem. Remember none of us knew how to parent when we had our children; we all learn as we go.

Feeling blamed and feeling guilty prevents us from taking action; it keeps us stuck and feeling defeated. We keep getting into the endless loop of blame and shame and blurs our thoughts to focus on behavioural change. Blame and guilt creates a lot of wasted energy and feelings. The challenge here is to get beyond these emotions.

Blame and guilt produce a lot of wasted energy and wasted feelings—the challenge is to get beyond these emotions. Your guilt usually has nothing to do with what’s going on with your child: his behaviour can very possibly be beyond your control. Instead of feeling guilty, what you need to do is to move forward and change what you’re doing.

The bottom line is that instead of feeling guilty or blaming yourself, what you need to do is move forward and change what you’re doing now. You may really need some additional help,Hire a coach who could help you empower yourself, to implement change.

Article in the news paper